Leh & Ladakh as a travel destination

Leh and Ladakh are considered as the ultimate challenge for the motorcyclists who love to ride to Ladakh every year. It is a great travel destination as well because of its vastness and its remote placement in North India.

There are plenty of places to visit in Leh-Ladakh which attract thousands of tourists from all over the world to this cold desert. The rugged landscape of Ladakh is truly unique to North India and the people living here are simplistic in their daily life. Leh and Ladakh are located in the union territory of Jammu and Kashmir. Since the past decade, this area of India has gained a lot of popularity among the tourist community.

There are many tourist attractions that include trekking destinations, Buddhist monasteries, and gorgeous lakes which are popular additions to any Leh-Ladakh trip package. The landscape alone is breathtaking. All tourists are wonderstruck by being in front of such a vast expanse of land.

The Magnetic Hill in Ladakh

The sign at the Magnet Hill in Ladakh, India (Image source: Wikimedia Commons)

The Magnetic Hill in Ladakh is on the most fascinating tourist attractions to visit while visiting Leh and Ladakh. This particular hill is the source of tremendous curiosity among the tourists visiting on their Leh-Ladakh sightseeing package. The gravity at this place does not work the way it is supposed to. This is situated at the height of around 14,000 feet above the sea level.

The Ladakh Magnetic Hill is located at a distance of approximately 30 kilometers away from Leh. It is situated on the Leh-Kargil highway. Once you are close to reaching this hill, you will find a sign that says, “The Phenomenon That Defies Gravity.” For photography enthusiasts, the landscape near the magnetic hill is a truly impressive scene. The perfect location is towards the eastern side of the magnetic hill near the famous Sindhu river.

The Magnetic Hill road in Ladakh has a marked area where cars can park. After a while you will be able to find it truly amazing when the car starts to move on its own. The average speed of the car that moves on its own is around 20 kilometers/hour. This phenomena has given rise to many myths and stories among the locals along with some scientific theories as well.

Famously called ‘Road to Heaven’ by the locals who believe that there was literally a road that helped people reach heaven. The villagers even believe that only the worthy people will be taken to heaven.

Another theory for the Magnetic Hill of Ladakh is a little more grounded in reality. According to the theory, the reason for the pull of the vehicles is due to the intense magnetic force that exists particularly in this area. People visiting from all over the world have spoken about the strong magnetic phenomena throughout the Leh-Kargil highway.

There is one more theory about the possible magnetic phenomena. This theory is the one that is believed by most people. According to this theory, there is no magnetic force or anything supernatural present in the area.

Instead there is an optical illusion that makes the road look as if it is uphill. The road is actually a downslope which makes the vehicles move. A similar phenomena is also observed in Mount Aragat in Armenia. The hill of Mount Aragat is actually going downhill instead of the perceived uphill slope.

Despite the various theories, Ladakh Magnetic Hill has still managed to be the source of immense interest among the tourists. It is also true that the military and commercial planes do not fly above the area of the Magnetic Hill. This is to avoid any possible magnetic interference in the flight communications.

When to visit the Magnetic Hill road, Ladakh?

The best time to visit Leh and Ladakh is during the summer months when all the important passes are open and the weather is good for travel. During the months of July until September are the most ideal times to travel to Ladakh. 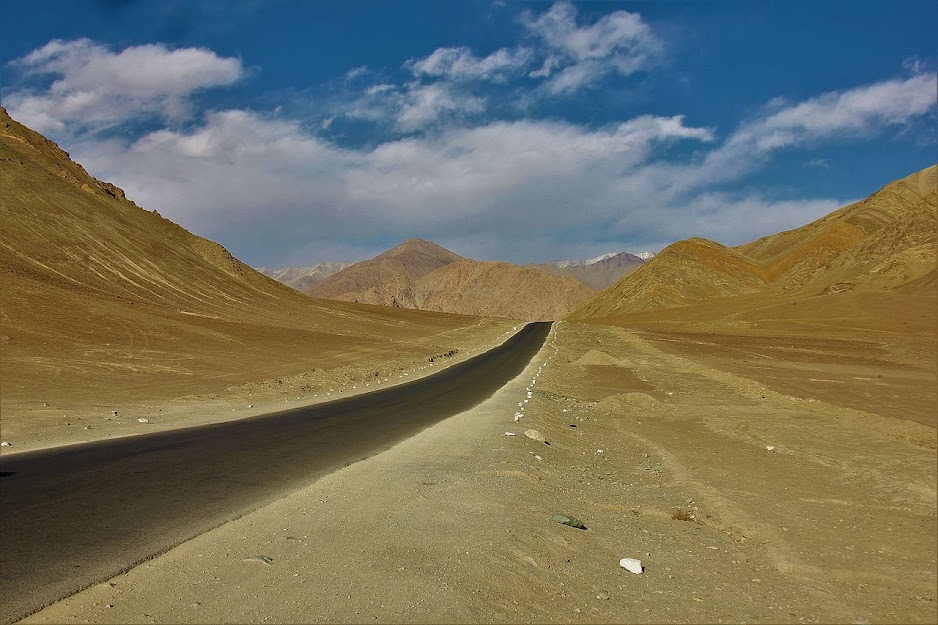 The summer months are perfect for you to enjoy the many places to visit in Leh-Ladakh. The months of July, August and September are particularly good for making your Leh-Ladakh trip package full of great experiences. Also, during this time the natural beauty of Ladakh is at its peak and you can see most of it during the summer season.

Also, the road conditions are great for motorcyclists who ride to Ladakh every year. Particularly, the tourists traveling by road will find that their journey is more comfortable during the months of July-September.

Travel tips for Leh-Ladakh and the Magnetic Hill

As a tourist, you should know that the Magnetic Hill of Ladakh is quite a secluded area that is 30 kilometers away from the town of Leh. Make sure you carry snacks and enough fuel to make your journey comfortable. You will find only a very few food joints in the area, so make sure you prepare and pack enough food for your journey.

If you are interested in photography or even for a good Instagram post, then the area around the Sindhu river is very beautiful and scenic. You can capture some good photographs in this area.

There are very few homestays in the area around the magnetic hill where you can stay during your time in Ladakh. However, you will not find too many facilities in these homestays. It is always a good idea for the people coming from the city to check in a hotel in the city of Leh. 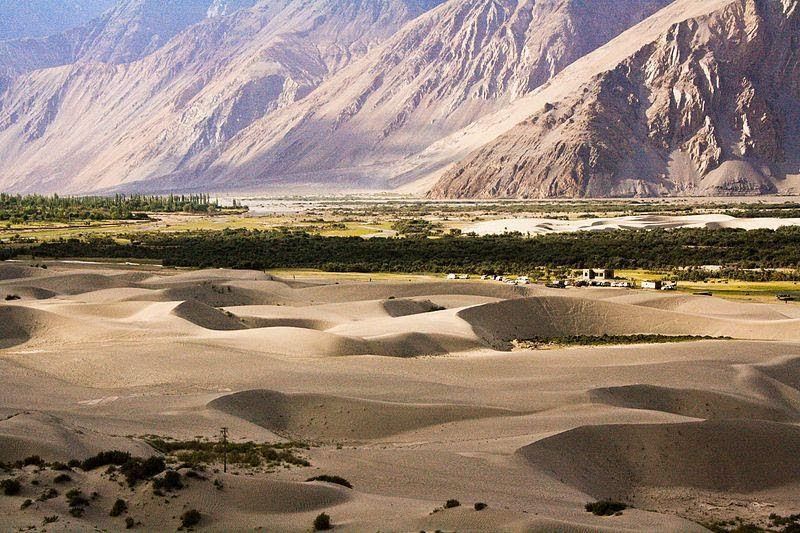 How to reach Magnetic Hill in Ladakh?

Nearest Airport: You can reach Leh by air by taking a flight to Leh International Airport which is around 33 kilometers away from Magnetic Hill. You can then take a taxi to the hill and come back the same day to check into your hotel.

Nearest Railway station: Jammu Tawi railway station is the nearest railway station to Leh if you are traveling from Delhi or any major city. The remaining distance of 700 kilometers can be covered by taking a taxi to Leh.