Visit To These 20 Offbeat Places After Covid-19

India, the seventh-largest country in the world, is blessed with one of the oldest existing cultures. It abounds in places that are offbeat and mesmerizing, to say the least. It would surely take one a lifetime of travel to discover the hidden beauty of all these places. Mind you, what we are talking of here, are the places off the beaten track, and different from the places which people generally prefer to visit on hearsays from friends and professional tour planners, places like Delhi, Agra, Jaipur, the Taj Mahal, and Goa, etc. Moreover, these places also carry the tag of being easy on the pocket.

The very thought of traveling to places frequented by the majority, sort of puts one-off, considering the fact that the regular places are not only chaotic and expensive but also are victims to excessive littering. So in order to avoid these places you should consider some of the places mentioned below.

20 Offbeat Places To Visit In India After Covid-19 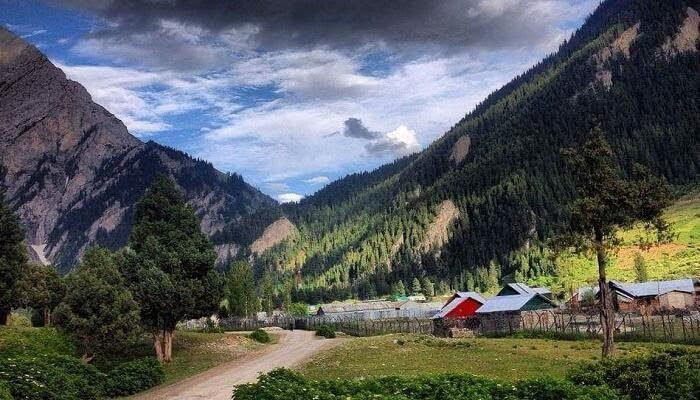 Set at a height of about 8,000 feet, Gurez Valley, the crowning glory of Kashmir, is replete with beautiful sights, such as the roaring Kishan Ganga River, fauna and flora, and mountains of poetic beauty. This, feast-for-the-eyes, the destination has been around forever but has never been on the tourism map due to its remoteness, we are sure, anyone, who visits here, will lose track of time while absorbing everything that Gurez has to offer.

Best time to visit: September is the period when the weather and air are most pleasant and welcoming. 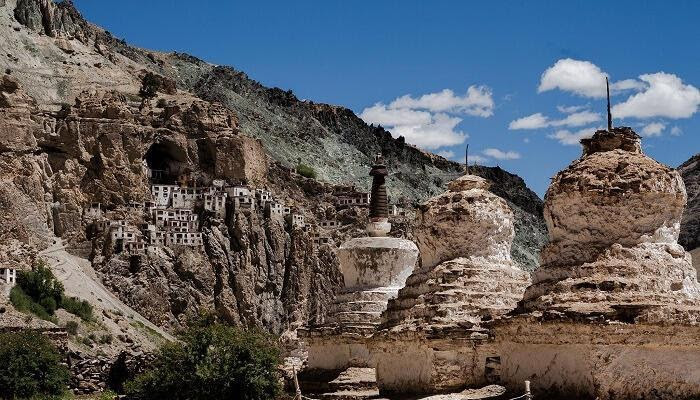 Phuktal Monastery/Gompa is like a honeycomb, cut into a rock under a gigantic grotto having more than 70 Monks staying there. In the cave over the monastery, in the hollow of a rock there, the water level never reduces even after draining out any amount of water from there. This water is said to have healing powers. You need to trek for a day or two, to reach this unseen place in India. 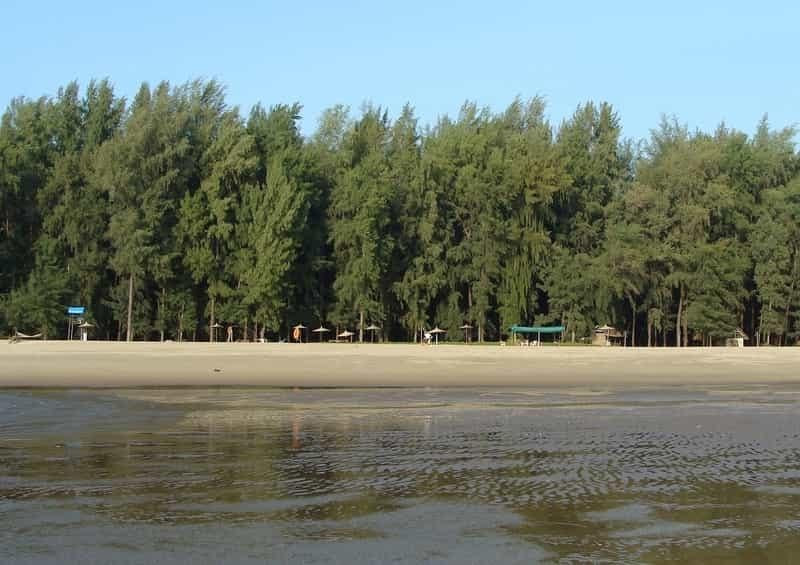 One of the many prominent beaches of Daman & Diu, this beautiful and quiet beach offers visitors a variety of water sports. It is also a great beach for swimming and is known for its peaceful and serene surroundings.

Play on the soft sands of the beach, listen to the gentle sway of the trees and the sea. Unwind and leave behind all the stress of your work-a-day life, as you replenish your energy levels.

Silent Valley National park is located in the Nilgiri hills. It has some rare species of flora and fauna explored in 1847 by botanist Robert Wight. The national park is one of the last undisturbed tracts of South Western Ghats mountain rain forests and tropical moist evergreen forest in India. It is the core of the Nilgiri Biosphere Reserve and is part of the Nilgiri sub-cluster, the Western Ghats World Heritage Site, recognized by UNESCO in 2007.

Due to its location amid the Nilgiris, the weather of this region remains pleasant throughout the year. Thus, making it, a, round year destination so book a Kerala tour package and explore. 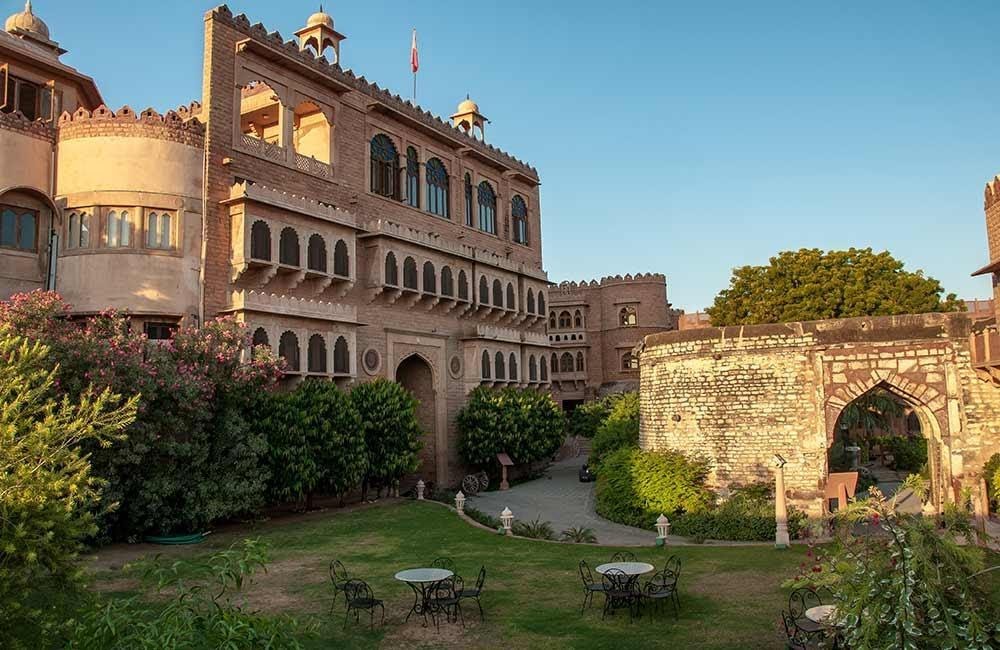 Perched upon one of the edges of the famous Thar Desert, the village of Khimsar is located between the famous towns of Bikaner and Jodhpur and is also home to the world-renowned marvel, called the Nagaur Fort, dating back to the 16th century.

Tourists are drawn to this land for what it has to offer to its visitors, which begins with adventure sports in the desert to wildlife safaris. The rustic surroundings along with the mud huts constructed, impart a sense of peace and tranquility resulting in a very rich lifelong experience so book the Rajasthan tour package and visit Rajasthan. 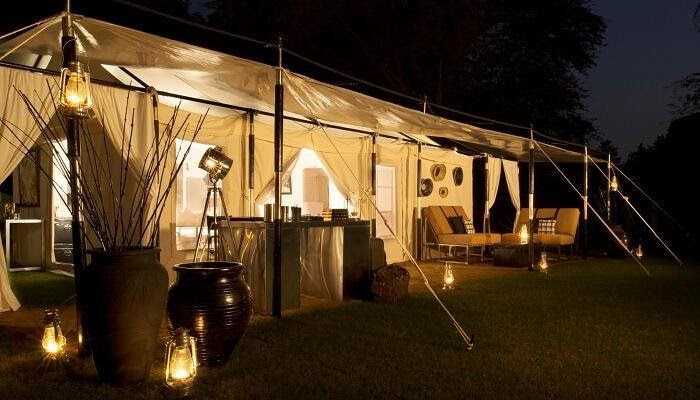 Not known to many, Jawai Leopard Camp is the newest and the coolest addition to leopard spotting destinations in India. Luxurious tents, rustic lamps, and authentic Rajasthani cuisine ensure that the experience is exotic as well as adventurous. And it’s not just the feline; the place is abuzz with flamingos, geese, cranes, and other migratory birds. If you are lucky, when on your trip to this place you may find a fair share of sloth bears, Indian wolves, and antelopes. 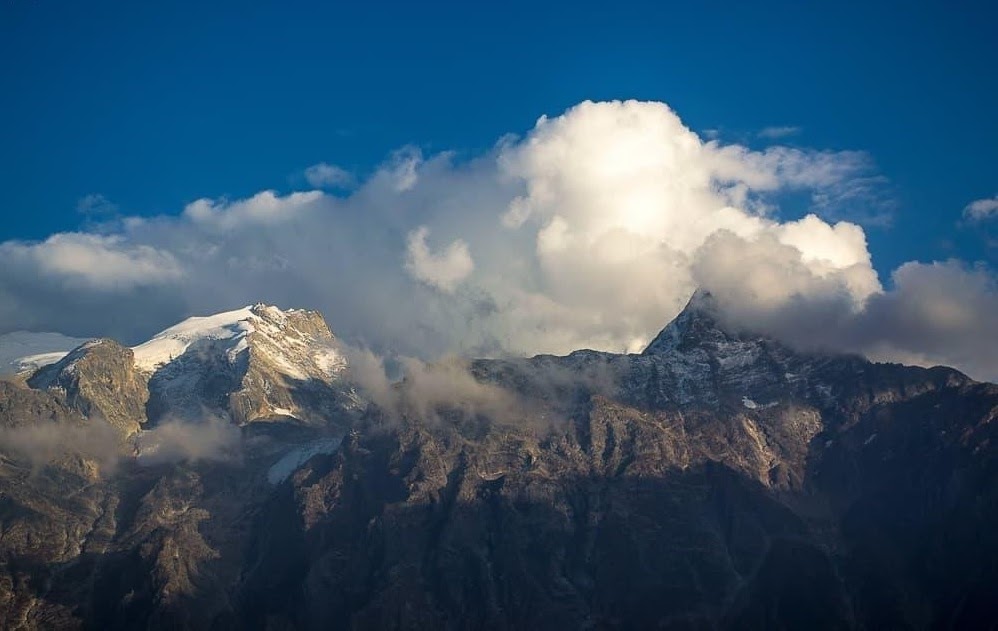 A lesser frequented district in Himachal Pradesh, Kinnaur is primarily known for its apple orchards, dangerous roads, deep gorges, and beautifully carved, intricate wooden temples. Very different from other touristy districts, to be experienced when on your, Kinnaur has a distinct culture: It is a mix of Buddhism and Hinduism.

Best time to visit: is the apple season of course: end of September you will find the orchards laden with apples like stars shining on trees.

The route to Kinnaur via NH 22 is long: from Chandigarh to Shimla to Sangla to Chitkul to Kalpa but worth every hiccup. 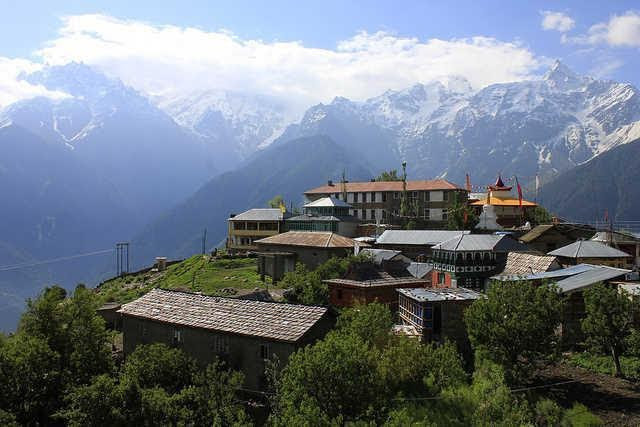 This enchanted village of Kalpa, located at 9,711 feet above sea level, in the Kinnaur district of Himachal Pradesh on NH-22, is also known as the Hindustan-Tibet Road. Known for its apple orchards, it's an abode of nature's beauty. Since it is not a popular tourist destination, the village has maintained its natural untouched beauty. One would not be mistaken in believing that mother-nature had adopted this tiny village and nurtured its natural beauty of Himachal so plan your Himachal tour.

Best time to visit: Kalpa can be visited, both, in summers as well as in winters, depending on the type of experience you wish to have. 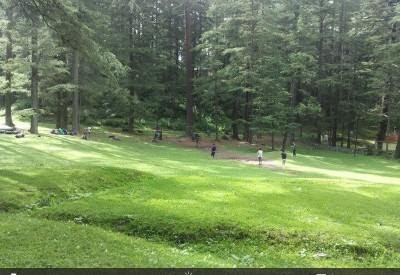 At 7000 ft above sea level, Chakrata in Dehradun District of Uttarakhand is a hill station and a famed tourist destination, ideal for mountain climbing, trekking, and skiing. Nature lovers, Trekkers, bird watchers, and wildlife enthusiasts can spend days together here in the lap of Chakrata exploiting nature’s hidden treasures and beauties. The forest around Chakrata is a habitat to amazing flora and fauna including panthers, spotted deer, and wild fowls. 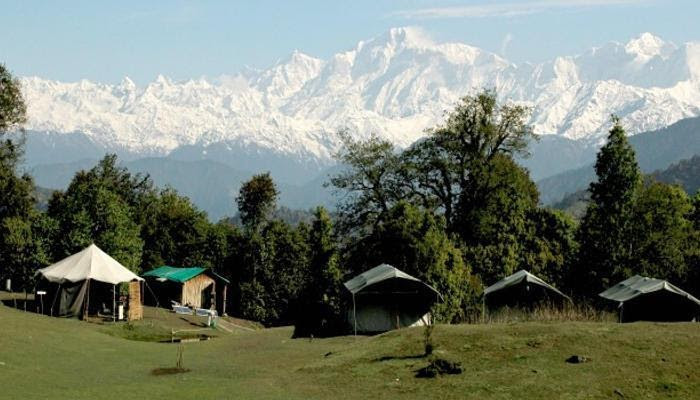 Located at an elevation of 2,680 meters (8,790 ft) above sea level and offering imposing views of the mighty Himalayan range, Chopta is a small village surrounded by forests of pine, deodar and rhododendron rich in flora and fauna, and home to some rare species of birds and musk deer. It is also a base for trekking to Tungnath, the third temple of Panch Kedar, lying just 3.5 kilometers away so plan you Uttarakhand pilgrimage tour package and visit.

Best Time To Visit: March To May 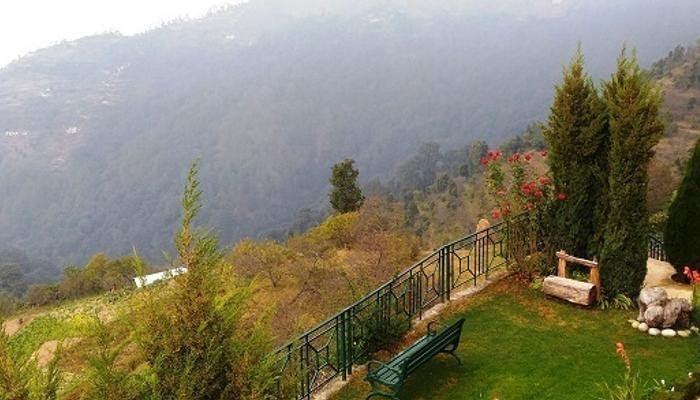 Kanatal a beautiful village in Uttarakhand known for its scenic beauty and lush green pine forests, serves as a weekend getaway for the locals. It is, however, now becoming a popular destination among tourists from other parts of India and is even being sought out by international tourists. One of the most unexplored places in India, the place is full of romance with stunning views, and warm, hospitable hotels, for honeymooners. 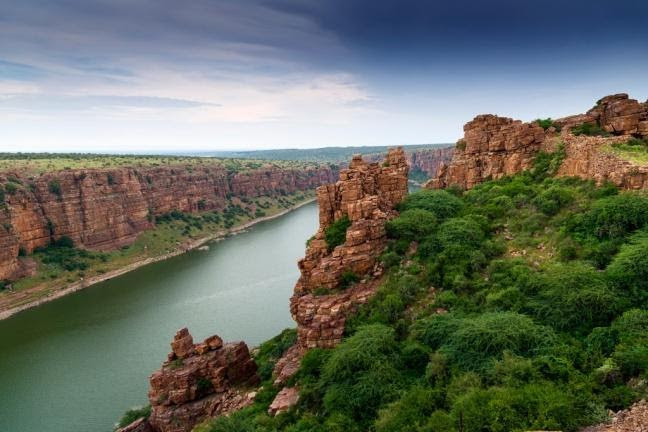 For those of you who have always dreamt of visiting the Grand Canyon in the US and now find that dream indefinitely postponed, we have good news! India has its very own version of the Grand Canyon and it is just as beautiful as its American counterpart. If you want to witness this gorge, all you have to do is head to Gandikota in the Kadappa district of Andhra Pradesh.

Best time to visit: Gandikota would be after the summers. 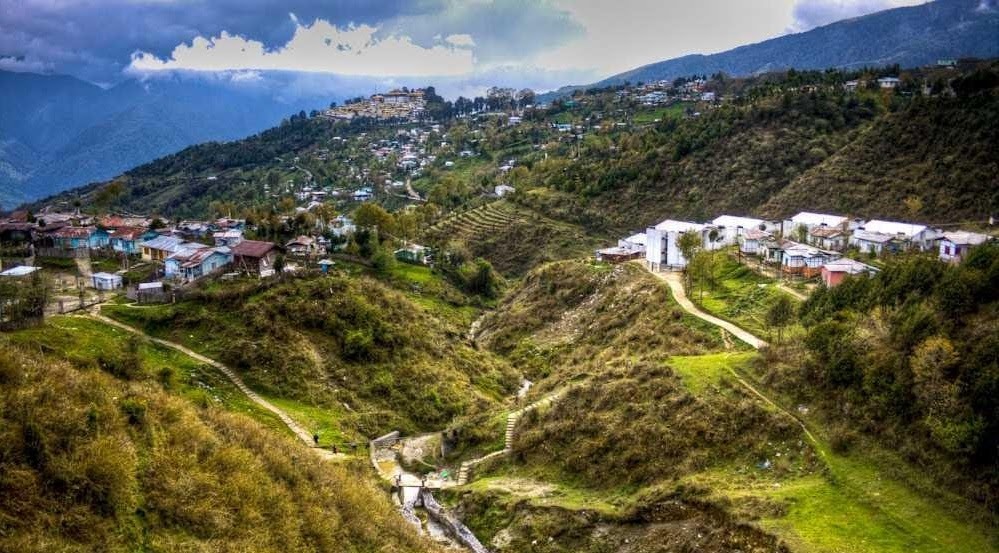 At a height of about 3048m above sea level, Tawang also pronounced as Dawang is in itself a picture-perfect destination. However, what defines the area is its significance for the Buddhist monks. The Tawang Monastery is most popular and extremely sacred for them. Owing to its spiritual ambiance, it is a place rich in natural beauty wrapped in the scent of spirituality.

Best time for visit: March to June and September to October 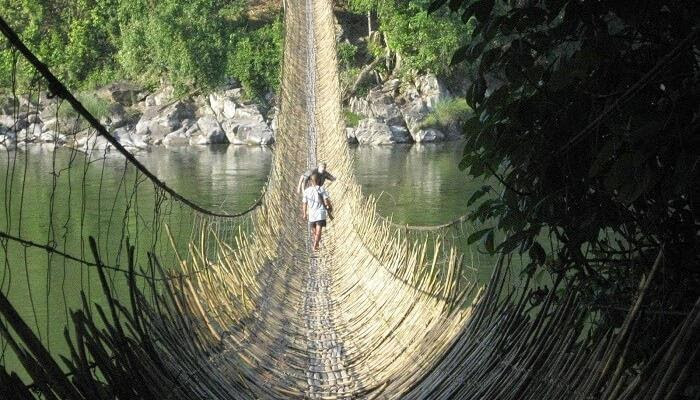 Damro is the base to the longest hanging bridge (1,000 feet) in Arunachal Pradesh. Definitely a hidden route to heaven, Damro charms with thatched bamboo houses, swaying suspended bridges, and laid-back lifestyle of the locals,. Among the list of unexplored places in India, it is a rural sort of a getaway for exhausted city dwellers. The sights of harvested crops, not-so-wild bison, vast expanse of meadows and grasslands are quite welcoming. 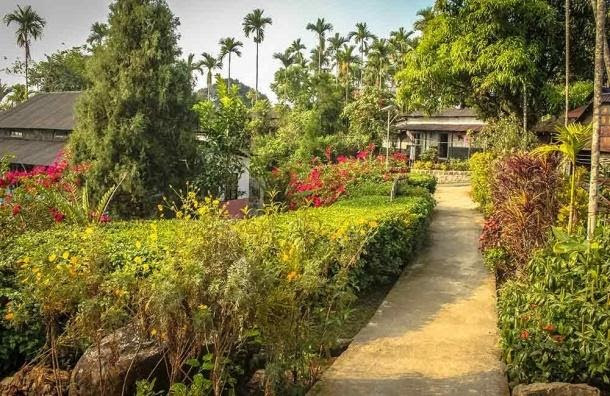 Located in Meghalaya, and called “God’s own Garden” Mawlynnong has enough reasons for that. It was awarded the title “cleanest village in Asia” by Discover India in 2003. Cleanliness must be its most important aspect, but it has achieved so much more than that. From a full hundred percent literacy rate to a highly progressive scenario for women, it has struck all the correct chords.

Blessed with pleasant weather all throughout the year, the best time to visit here is in the monsoons, since, it is the rains that bring out the true character of this village painting a breathtaking picture with its green pastures, and during festival periods. 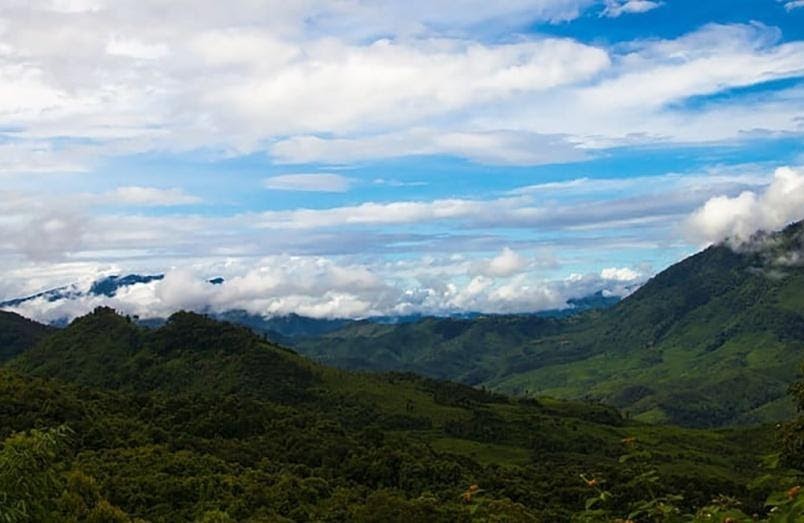 Translating to ‘A Jeweled Land’, the north-eastern state of Manipur truly justifies its name with its unparalleled natural beauty. This oval-shaped valley is home to captivating blue hills, floating islands, serene landscapes and exotic wildlife that offer a slice of Switzerland, right here in India. Plan a visit to this beautiful state, on your Northeast India tour packages, not only for the visual delight that it is but also for its cultural richness. 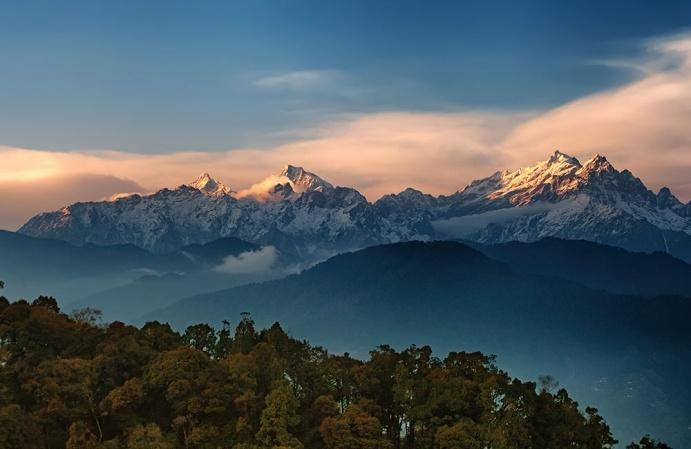 Believe it or not, there couldn’t be a better and more beautiful place, to visit, after this uncertain period, than. Sikkim Truly a wondrous state, Sikkim is tucked away in the lap of the Himalayas and it will leave you in awe with its prismatic beauty and mesmeric charm, are sure to offer you the much-needed break from Corona.

Best time to visit: Sikkim is either between March and May or October and mid-December. 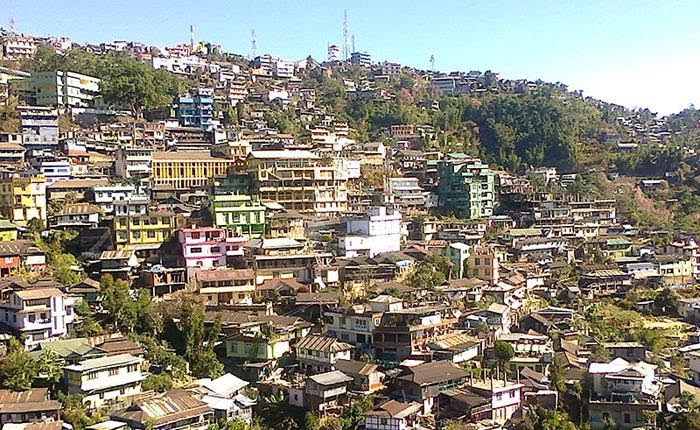 Kohima, is one of the three Nagaland towns with Municipal council status along with Dimapur and Mokokchung, sharing its borders with Burma, it is the land of the Angami Naga tribe. The name, Kohima, was officially given by the British as they could not pronounce the Angami name Kewhima or Kewhira (Tenyidie for "the land where the flower Kewhi grows)

The Annual Hornbill Festival, during the first week of December, being a weeklong festival showcases a mélange of native cultures as well as modern pop cultures.

Best time to visit: here is during the period from October to May. 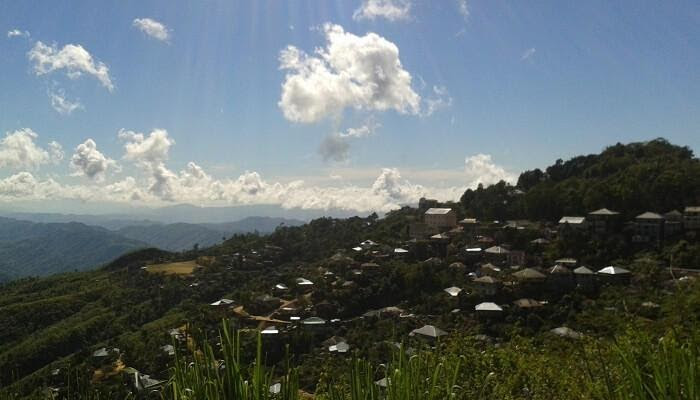 Literally meaning “the bridge of rock”, which is admired for its scenic beauty and natural landscapes, this is an ideal destination for the people who want to go and explore the finest views of nature. Known to be one of the unexplored places in India, activities like Trekking, bird watching, and adventure sports are usually enjoyed by the tourists who visit here on their Northeast holiday tour plan.. Located at the southern part of Mizoram, the name of this place is derived from the bridge-like rock which is located here. 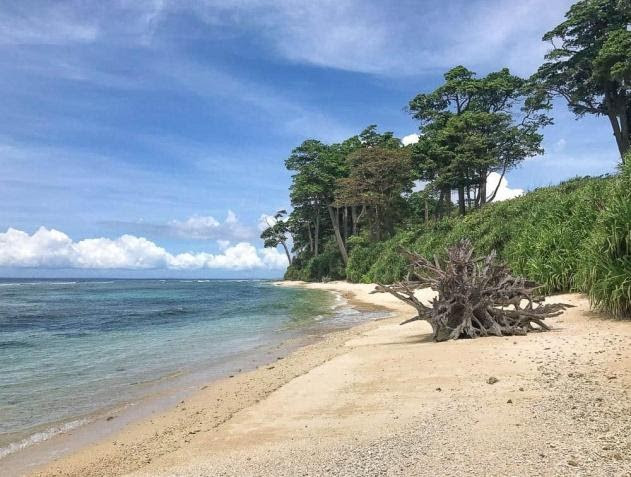 Remote, intriguing, and breathtakingly beautiful, the Andaman and Nicobar Islands are off-beat India at its best. Clustered in the Andaman Sea, this forgotten archipelago has close to 600 islands, though only a handful are inhabited and even fewer are set up for tourists. Dense jungles edge sandy beaches lapped by a turquoise sea. The skies go on forever.

Best time to visit: Andaman & Nicobar Islands, on one of the India tour packages, is between October and May as the weather stays bright and quite pleasant.

So, for once let’s plan to leave the beaten path and visit the above destinations in India for a unique experience that is surely bound to haunt you for a lifetime.

This article is originally published in TT & NN TNW