The feeling of snow falling on you is a wonderful experience that brings a child-like feeling within you. Everyone loves snowfall when they were children. India is relatively a hot country and snowfall can only be experienced in a few locations in North and North East India.

The Himalayan region is particularly famous for snowfall in India. Many people from all over India visit the Northern parts of India to escape the city pollution and to witness the beauty of falling snow. Regular tourists who travel every year are quite familiar with the top places for snowfall in India. Some of these locations are considered the best hill stations in India.

Families visiting these snow destinations in India for the first time can be seen enjoying the beautiful views of the mountains with children playing with the snow. Particularly for children, playing in the snow is a very memorable experience. Children can usually be seen making snowman like structures with the snow and they totally enjoy this magical weather.

Tourists who travel from South India are very much fascinated by the snowfall as the climate in the Southern part of India is hot and humid. These tourists visit the snow-covered places in India for their short vacations with their families.

Travel agencies especially in the state of Himachal Pradesh have a variety of travel packages promoted under the title of ‘Himachal honeymoon packages’ which are targeted towards newlywed couples. Many such honeymoon packages are sold during the winter season including the best hill stations in India. During the winter season, these destinations provide some of the best scenes of the snow-covered mountains.

If you wish to witness the snowfall, of course, the winter season is the only time to travel to such destinations. The top places for snowfall in India can be visited during the months of November till February. For families, there are plenty of Himachal holiday packages available during the Winter season.

However, one this to remember is that winters are very severe in some of the high altitude places in Northern parts of India. It is recommended to mentally and physically prepare yourself for extremely cold temperatures which can easily go below the freezing point. In order to enjoy these snow destinations in India, you should consider packing a lot of warm clothes to stay comfortable outside.

Most Vibrant Snowfall Places in India

The beautiful scenic beauty is popular among the tourists in India. The tourist destinations mentioned below include both popular and lesser-known destinations to witness snowfall in India.

Suggested Read: Places to visit in Kullu and Manali 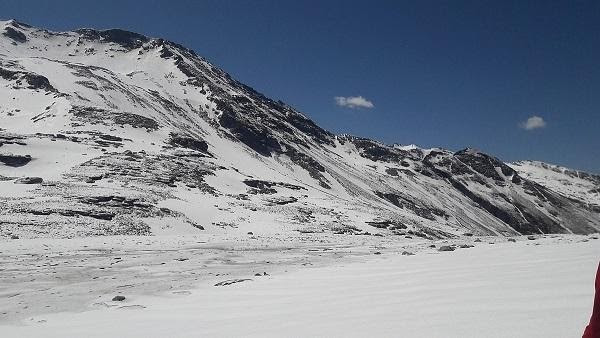 Manali comes up as the place to experience snowfall in India because of its popularity among domestic tourists. Most of the tourists from Delhi and Punjab visit Manali almost every year to witness the snowfall. The hill station of Manali is also among the best destinations included in all the popular Himachal honeymoon packages.

Especially, for the couples who are newly-wed, Manali is the perfect honeymoon destination. It attracts tourists from all over India during the winter season because of the Winter sports such as Skating, Skiing, and Snow-mobile riding.

Many winter sports championship events are also held in Manali and it makes it an enjoyable family-friendly destination to enjoy the winter season. Manali is full of tourist attractions such as trekking trails, temples, lakes, and adventure sports.

The easiest way to explore the destinations for experiencing snowfall in winters is to find a good travel agent who is offering Himachal holiday packages for the Winter season. These agents and tour operators can easily give you the best deal in terms of travel experiences without exceeding your budget. 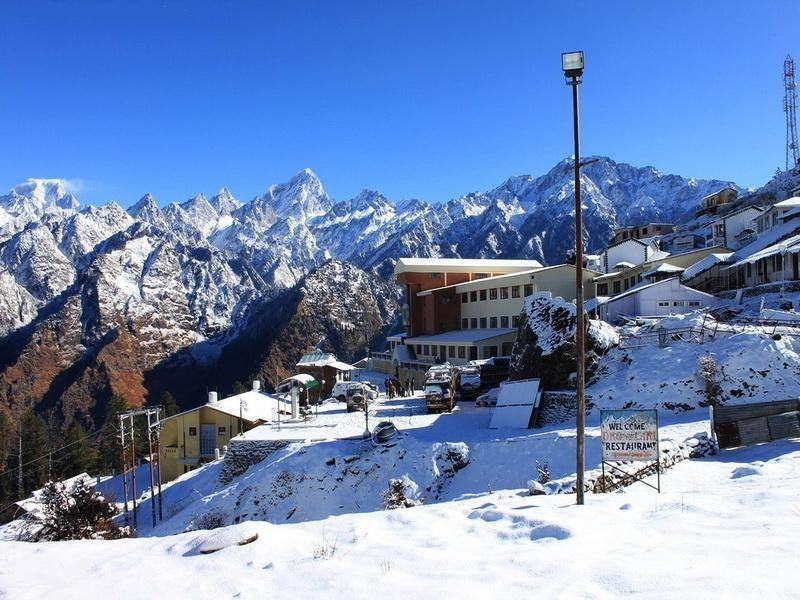 Auli is located in the state of Uttarakhand which is another popular Himalayan region for experiencing the beautiful winters. Auli is one of the best places to visit for snowfall in India.

Auli is also a popular destination for adventure sports enthusiasts who visit this region during the winter season. In the winters, people from across India come here to participate in Skiing and Snowboarding activities which have become more popular in the last few years.

Auli offers amazing views of the Himalayan range with its snow-capped mountains and vast meadows. January and February are the winter months when the snowfall can be enjoyed. Auli is known as the winter paradise of Uttarakhand and is full of apple orchards and forest areas rich in bio-diversity. 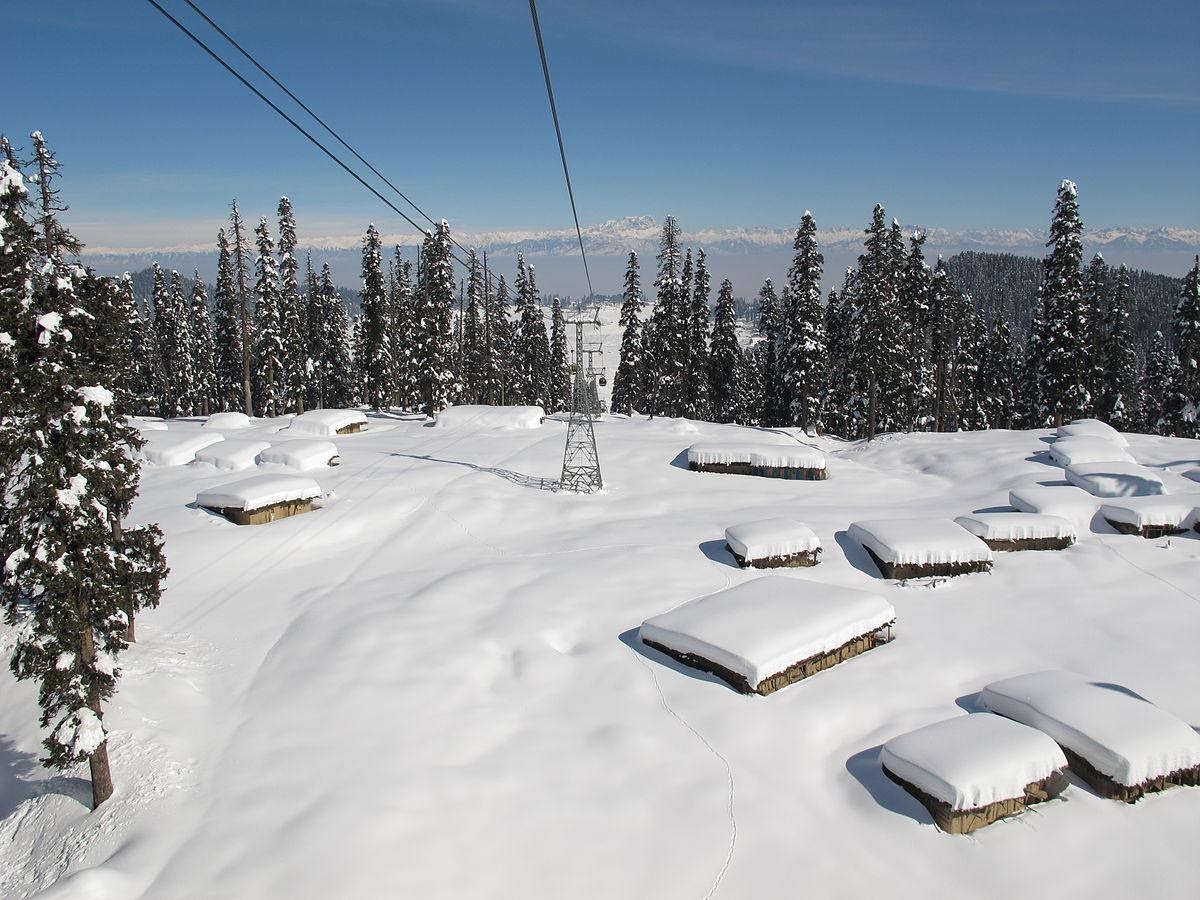 Kashmir is known as the ‘Heaven on Earth’ because of its pristine natural beauty. The clean raw beauty remains incomparable to any other famous destinations in India. The beautiful area of Gulmarg can be considered as one of the best places to visit for snowfall in India because of its thick snow cover and the gorgeous views of the PirPanjal mountain range.

Located in North India, Gulmarg is also popular for Skiing activities which have become a popular sport among young tourists. Many international skiers also visit this place for its beauty and for the best skiing terrain. Among the Skiing community, Gulmarg is the best skiing destination in India.

Months of January and February are the most ideal months to witness the snowfall here. There are many accommodation options along with various cultural experiences that is unique to this area and its people. 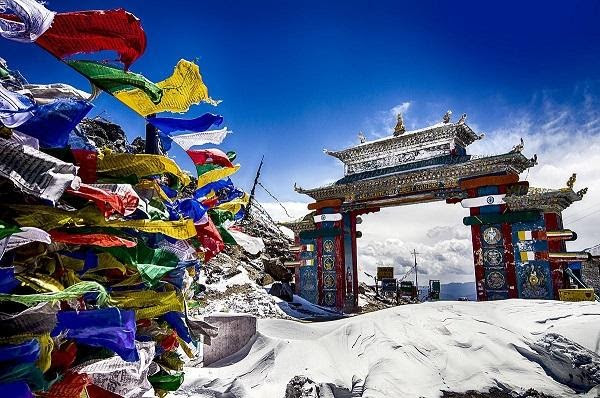 Tawang is one of the major travel destinations to visit in the winters. It is located in the northeastern state of Arunachal Pradesh. Arunachal Pradesh is popular among international tourists for its Buddhist monasteries the Buddhist culture.

During the winter season, Tawang gets covered with a thick layer of snow which makes it one of the most vibrant snowfall places in India. Because of the high altitude, the temperatures here fall below the freezing point. During this time, the scenic beauty of these places seems out of this world.

In the past few years, Tawang has become one of the most popular winter tourist destinations and it is also the best place to experience snowfall in India. There are various Buddhist cultural festivals and events happening throughout the year to enjoy. 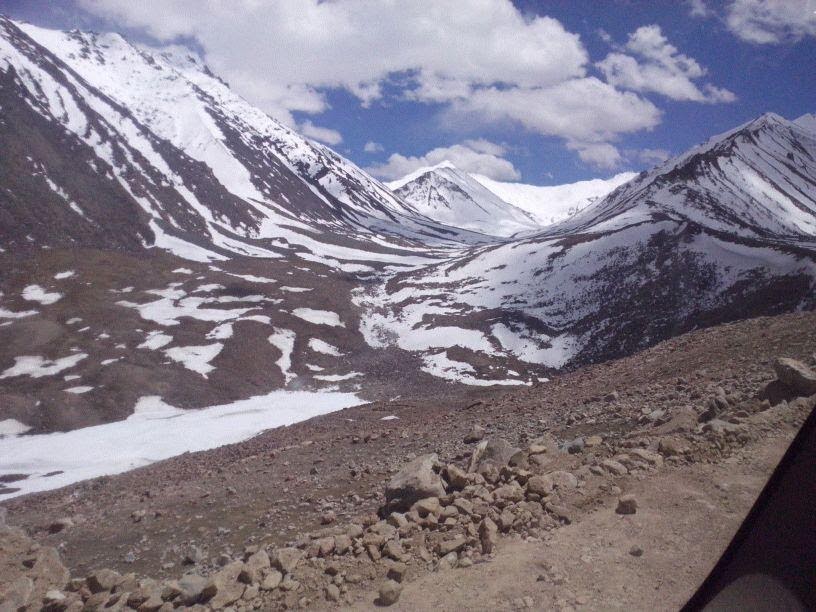 Ladakh is the go-to destination for all the motorcycling enthusiasts who travel here on their motorcycles. This destination is particularly important for adventure travelers who love trekking and motorcycling. Most of these tourists visit during the Summer season because of the routes being closed during the winters.

However, there are flights available that can help you reach Ladakh in the winter season. During the winters, Ladakh has a totally different vibe to it. It has a certain rawness to its landscape when it is covered with snow.

The snowfall happens here from the months of mid-December to February. Many trekkers walk through the wild terrain to reach the beautiful locations of the popular lake sites.

With its vast landscapes and open expansive panoramic views, Ladakh is one of the best places with snowfall in India. Located at a height of 3000 meters, the cover of snow makes the sight of the Ladakhi landscape very different from the known scene during the summer season.

The temperatures during winter are extremely low and you need to prepare yourself before traveling. The land of Ladakh is full of tourist attractions for all kinds of tourists trekking trails and the famous winter festivals. The winter festivals give a glimpse into the unique culture of the Ladakhi people. 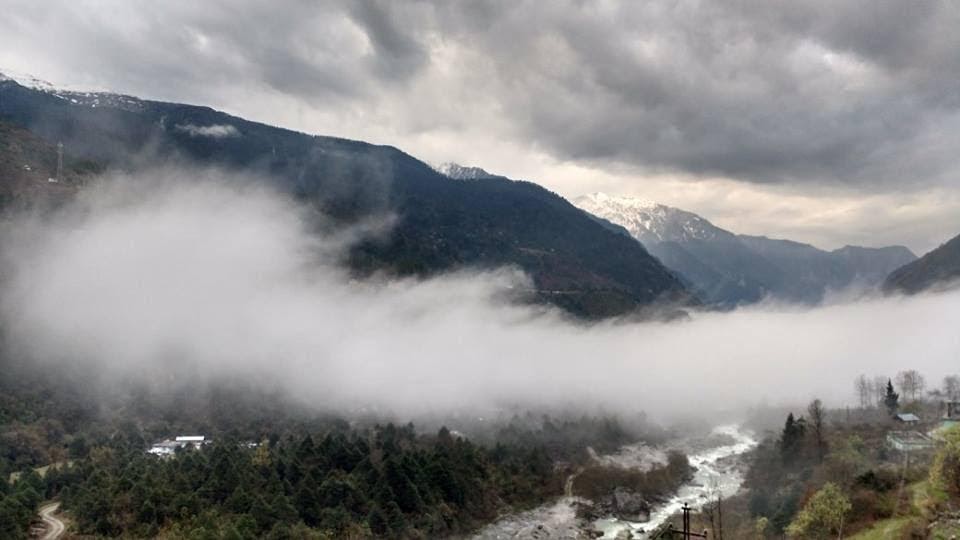 Katao is located in the Northeast Indian state of Sikkim. It is a much lesser-known travel destination which is blessed with the natural beauty which gives an unforgettable experience. During the winter months, it is one of the best places to witness snowfall.

The temperatures can reach way before the freezing point and the snow cover adds more to the beauty of the mountains and valleys.

For the tourists, there are many attractions such as Buddhist monasteries, lakes, hot springs, and various adventure sports. Katao is situated at an altitude of 4500 meters above sea level. 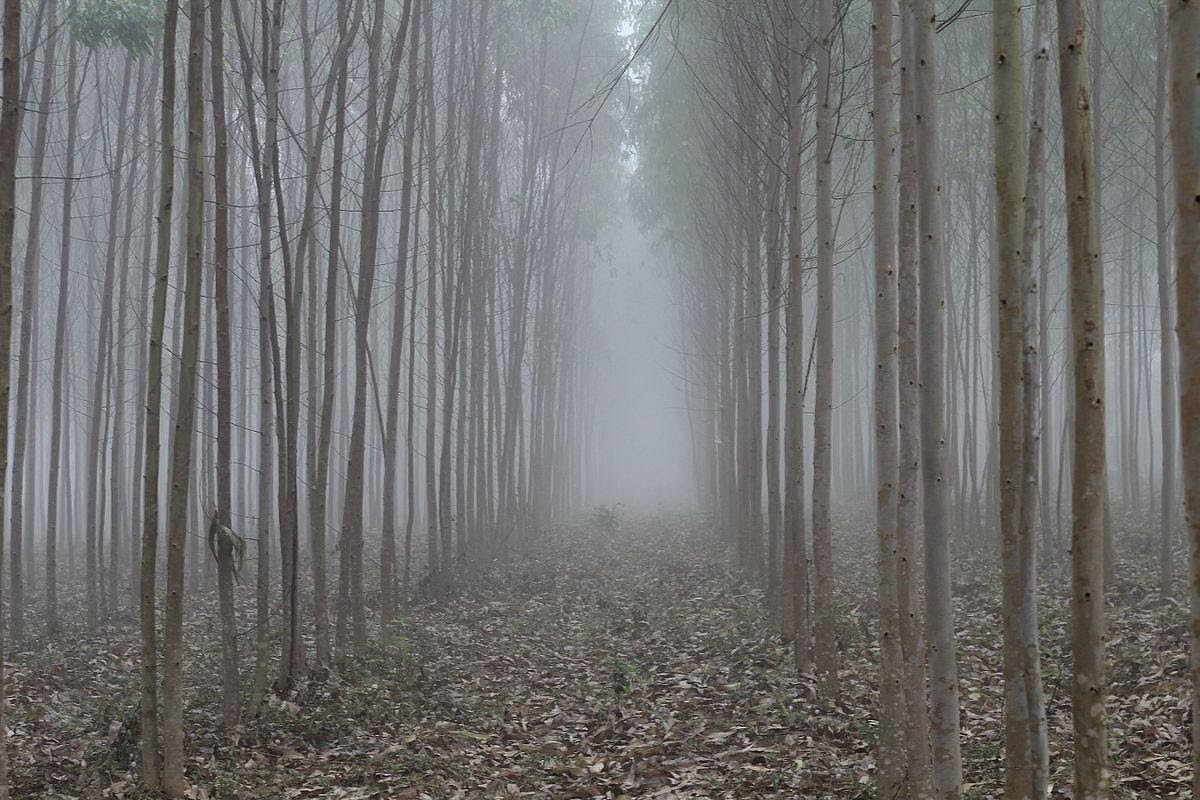 Especially during the months of December and January, the temperature in Lambasinghi reaches below zero and snowfall occurs every winter.

What makes Lambasinghi unique is its natural beauty. The lush green landscape gets covered with snow in the winter and the forests have a very tranquil atmosphere. This destination is a hidden gem and its beauty is not known to many. But it is worth experiencing once in your lifetime.

There are many tourist attractions that you can explore during your visit. These attractions include temples, waterfalls, sanctuaries, and trekking trails to explore.

The list of 7 tourist destinations that are mentioned above is a balanced list of the best places to witness snowfall in India. However, India has many places to explore and experience snowfall. States of Himachal, Uttarakhand, and North-East India are full of travel destinations that receive snowfall every year.

Due to the extreme weather changes, the snowfall has become less frequent in many areas due to increasing temperatures. But there are enough winter tourism destinations with beautiful snow-covered landscapes available to be explored.