The state of Himachal Pradesh is an ideal travel destination that is among the top listed tourist destinations in India. The breathtaking natural views of the mountains, rivers, valleys, and forests bring you back in the lap of nature. Himachal Pradesh has something for everyone.  So Book Himachal tour packages and explore.

If you are looking for a honeymoon destination or if you want an amazing vacation with your family and your loved ones, then there are great destinations available for you. Some of the most popular destinations in Himachal Pradesh include Dharamshala, Manali, Shimla, and Kinnaur. Couples on their honeymoon can enjoy a relaxing vacation and the families can enjoy sightseeing and shopping along with various tourist activities.

For solo travelers, adventure travelers, pilgrims, and group tours, the state of Himachal Pradesh is full of surprises. The extensive list of tourist destinations is meant for all travel needs. Some of the places in Himachal can be considered prospective summer vacation destinations for you.

Places To Visit in Himachal Pradesh in Summer

Himachal Pradesh is mostly a summer destination. However, there are still plenty of places to visit in the winter season. But, almost all of Himachal is open during the summer months. It is during these months, that the incoming tourist is at its peak.

There are plenty of places to visit in Himachal in summer. All the major passes such as Rohtang Pass also opens up to make your journey easier. Considering this, the summer season is probably the best season to visit and travel in Himachal Pradesh. All the major travel destinations are full of tourists during summers because of the intense heatwave that occurs in all major cities.

During these months of intense heat, travelers from cities such as Punjab, Delhi, Haryana, and Rajasthan rush towards the hill of Himachal Pradesh. We have listed some of the best places to visit in Himachal in the summer. If you are planning for a vacation next year to Himachal Pradesh, then do consider the following amazing destinations to travel to.

Famously known as ‘Devbhoomi’ which means ‘Land of the Gods’, Himachal Pradesh is a great place to travel during the summers because of nature being its best. Especially during the spring season in April and May, the hills of Himachal Pradesh are blessed with blooming flowers of many colors. The lush green meadows and rich valleys attract tourists from all over the world.

We have compiled a list of the best places to visit in Himachal in the summer. Here we go. 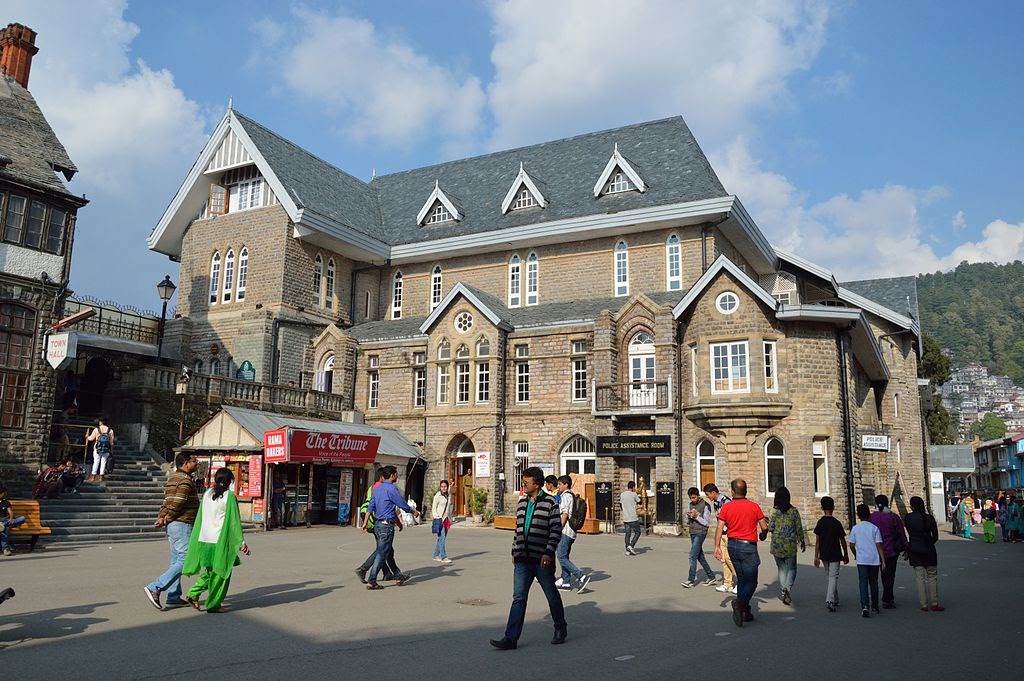 Shimla is not just a great summer destination. It is also a favorite destination for tourists who love to see the snow during the Winters. Also, there are plenty of winter sports organized in Shimla as well.

In summers, you can visit with your family, friends or your significant other. Shimla is an all-around destination suitable for all tourists. To witness the beautiful mountain range surrounding this historic city is something to cherish. 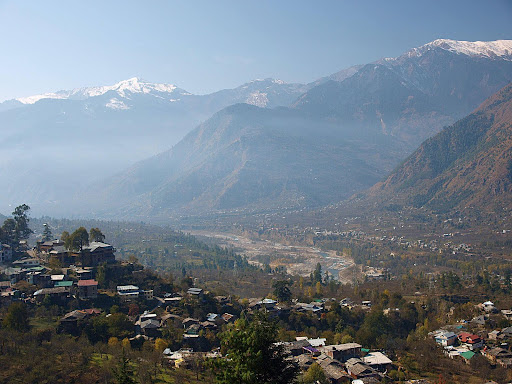 Kullu is also known as the ‘Valley of Gods’. This is because of the many deities that are worshipped in Kullu valley. There are many traditional ceremonies and events held to honor the local gods. Also, the festival of Dusshera is celebrated in Kullu on a grand scale. During these events, thousands of people travel to Kullu to witness these traditional ceremonies.

As a backpacker or an adventure traveler, you will be mesmerized by the natural scenic locations that Kullu offers. Being in the midst of beautiful apple orchards, lush green valleys, waterfalls, and flower-covered grasslands is something that cannot be put in words. Many international tourists visit Kullu. Israeli tourists visit Kullu the most compared to other nationalities. That is also one of the reasons that Kullu is also called ‘Mini Israel’.

One of the most popular tourist activities in Kullu is trekking. There are many great trekking trails spread out the region of Kullu. You will also be able to witness some local wildlife and scenic views that will make your vacation a memorable one.

Suggested Read: Things to do in Kufri 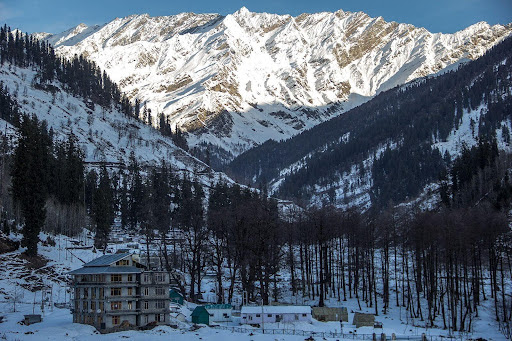 After Shimla and Kullu, Manali is clearly among the three most visited destinations in Himachal Pradesh. Recently, in June 2021, Manali was overcrowded by the sheer number of incoming tourists.

Manali is full of tourists attractions which include popular temples, trekking trails, adventure sports destinations, and sightseeing opportunities. Manali is also a great honeymoon destination. Being one of the most scenic places to visit in Himachal, Manali offers great budget travel opportunities for backpackers and solo travelers.

Some of the most popular adventure activities in Manali are camping, river rafting, trekking, paragliding, zorbing, and many others. During the summer months, Manali is crowded with travelers from all over India. Rohtang Pass is one of the most visited places to witness a large number of tourists.

Suggested Read: How to Plan a Perfect Tour to Himachal Pradesh 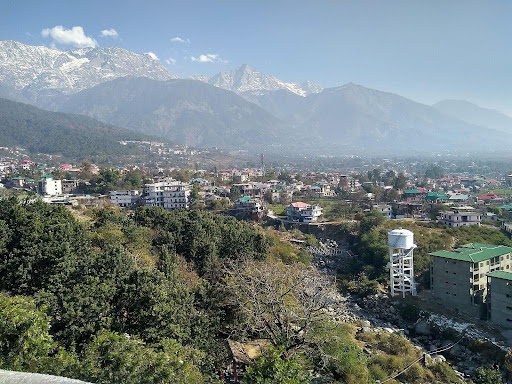 Dharamshala also known as ‘Dharamsala’, is quite a famous travel destination in the world. Every year, hundreds of tourists visit Dharamshala from all over the world. The reason for the popularity is mostly attributed to the presence of the His Holiness the Dalai Lama. He is an exiled Tibetan spiritual leader who has made Dharamshala his home. If you planning to travel next summer, then Dharamshala is one of the best hill stations in Himachal Pradesh to visit in the Summer season.

The presence of the Tibetan Buddhist monasteries and Tibetan culture makes Dharamshala a popular place for learning Tibetan Buddhist culture. It is among the most popular travel destinations to visit in summer. During the summer months, the weather is quite pleasant and the roads are safer to travel.

Dharamshala’s most popular destinations include the town of Mcleodganj and Dharamkot. These places are among the most popular places to see in Dharamshala. Also, the culture here is a unique blend of Himachali, Tibetan, Punjabi, and Gaddi influences. Surrounded by the majestic Dhauladhar mountain range, Dharamshala is a great destination for all travel needs. 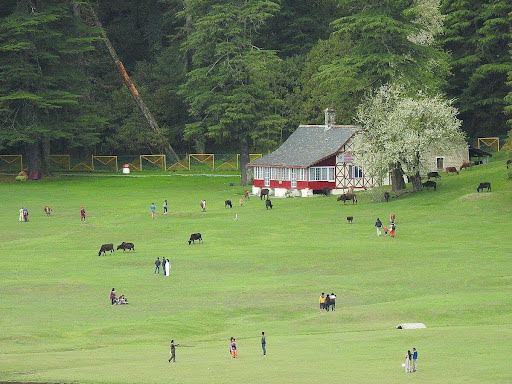 The cultural landscape of Himachal Pradesh will be incomplete without the inclusion of Chamba in its territory. Chamba is an ancient place rich with mythology and traditions that are lesser-known to the rest of the world. Chamba has mesmerizing beauty that captivates the hearts of all the people who visit here.

Chamba is among the best destinations to visit in summer in Himachal because of its lush green landscape full of diversity. The spiritual vibe of Chamba is something that cannot be explained in words.

The picturesque valley township of Chamba, cradling in the lap of sub-Himalayan ranges makes for an ideal retreat for those seeking a quiet holiday combined with some unparalleled spiritual experience. Chamba is one of the most popular travel destinations to visit in summer because of its scenic beauty that comes alive during the summer months. 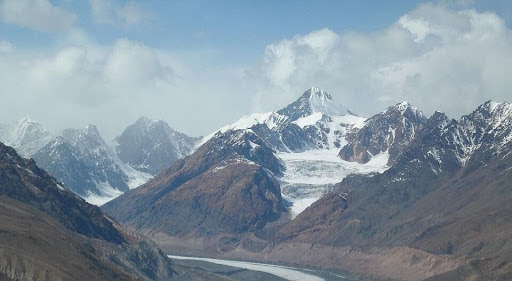 During the winter months, the city of Kaza is full snow-laden and most of the travel routes are closed. However, Kaza is one of the best destinations to visit in summer in Himachal. All roads are fully functional and the tourists can travel easily in and out of Kaza during the summer season.

Kaza is situated in the Spiti region and expansive, panoramic views that you witness here are simply magnificent. The barren and rugged beauty of Kaza’s landscape makes it a great place for photography and motorcycling. During the summer months, Kaza is blessed with lush green valleys with flowers blooming.

If you are a backpacker or a solo traveler who loves to visit far-off places, then Kaza is the best summer holiday destination for you. For solo adventures with solitude, Kaza is probably one of the best places to visit. 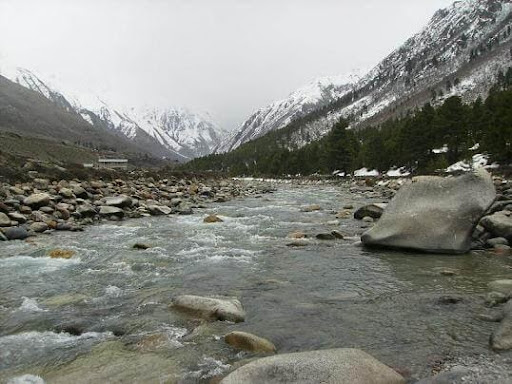 These 3 destinations are quite close to each other and can be reached easily that is why we have combined all three. These destinations are perfect holiday destinations in summers because the weather during the summer months is pleasant is the nature is at its best during this time. These three destinations are considered offbeat and might not receive as much attention as Shimla and Manali, but these are great places to visit in Himachal in the summer.

Crystal clear rivers, meadows with flowers blooming, and scenic beauty that brings you closer to nature. Even during the summer months, you will see the snow-capped mountains in Shoja. One of the major destinations close to Shoja is Jalori Pass. Jalori pass is one of the best trekking destinations to travel to as a trekker. Shoja is also a great place for camping out with your friends and family.

Chitkul is one of the last villages which is located next to the Chinese border. It is a beautiful village with gorgeous views to cherish. The locals are quite friendly and you can also taste the local homemade food.

However, if you have to pick from a shortlist of the 7 best summer vacation places in North India, then the list mentioned above will include a destination that is perfect for your holiday needs.

Choosing Himachal Pradesh for Summer Holiday is a great vacation plan. Make sure you know what kind of vacation you are looking for. This is an important consideration because your budget and time will depend on it. For example, a couple on honeymoon would have different travel needs compared to a group of friends or family.